Most people know what to do in an emergency, but don’t realize that a stroke is also a medical emergency. The signs and symptoms of stroke often come on suddenly and don’t always last long.

The sooner an individual having the stroke can get to a hospital for treatment – the better the chances are, of a good recovery.

Sometimes the signs of someone having a stroke are hard to detect, and can be mistaken as the individual having a moment of confusion. A stroke can cause permanent disability and in the case of a severe stroke – death.

Knowing What the Signs of a Stroke Are,
&
Calling an Ambulance as Soon as Possible is Crucial!

In this article we will take a look at the various signs to take note of, and how to perform the F.A.S.T test, should some one around you have a stroke.

It is also important to note: Due to the fact that some signs of stroke are very mild, many onlookers wait a while to see what else happens before calling an ambulance.

Even if the signs or symptoms go away quickly or don’t cause pain – It is crucial to call an ambulance anyway, rather than wait because you are unsure.

A Stroke Happens When…

At the time this happens the brain cells in the immediate area begin to die, as the effected area of the brain is not getting sufficient oxygen or nutrients.

How a stroke patient is affected depends on where the stroke occurs in the brain and how much the brain is damaged.  When brain cells die during a stroke,  the abilities controlled by that part of the brain – are lost. These abilities include speech, movement and memory.

For example, someone who has a small stroke may experience only minor problems such as weakness of an arm or leg.

People who have larger strokes may be paralyzed on one side or lose their ability to speak.  Some people recover completely from strokes, but many survivors will have some type of disability.

The Warning Signs of Stroke

NOTE: To a bystander some of these effects shown below, can mistakenly be taken as seeing a person who is confused or unaware. Always take these signs as serious and call an ambulance anyway.

These effects come on suddenly and can sometimes stop suddenly.

If you notice the above signs – Think FAST…

FACE:  Check their face.  Ask the person to smile. Has their mouth or face drooped on one side?

ARM:  Can they lift both arms? Does one arm drift downward?

SPEECH:  Ask the person to say a sentence. Is their speech slurred? Do they understand  what you are saying?

TIME:  Is critical – if you see any of the above signs – Call an Ambulance Straight away

Time lost is brain lost.  If the person can get to a hospital within a few hours of having the stroke – drugs can be administered to stop further brain cells dying and causing further damage to the brain.

Those Most at Risk of having a Stroke…

NOTE:  There are also uncontrolled risks for stroke.  These include… 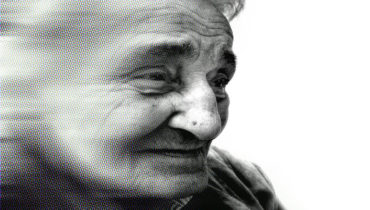