In early 2013 the United States Department of Veterans Affairs released a horrifying report of suicides of soldiers at epidemic levels, reflecting approximately 22 suicides a day.

There has been much talk and debate as to why so many veterans are committing suicide. These suicides include both veterans that are 50 years or older, as well as younger veterans that serviced in Afghanistan, Iraq.

The suicide rates of military or ex military personal is higher than the death rates while in combat.

Many share the view, that part of the suicide rate will be due to soldiers not getting adequate help when returning to domestic civilization, as well as many being left homeless and unable to cope emotionally with the scars of war upon their return.  But interestingly, many of the soldiers that have committed suicide – Never made it to combat.

What is not so widely discussed is the unethical medical experiments done on many of these soldiers while in the military.  This ugly scenario of inhumane treatment and various pharmaceutical drug experiments, is largely hidden under the guise of “Classified Information”. One outcome of these experiments has been the introduction of anti depressant drugs, and the rapidly increasing rate these drugs are being prescribed.

These mind altering drugs  were already known from the early experiments (but kept hidden from the public), to have severe side effects that induce: Increased aggressive behavior, Agitated states, Violent tendencies, Self harm &  Suicidal thoughts, as we see happening to many veterans and civilians in the domestic public today.

In this article we look at the mounting evidence, showing veterans as being the training ground for early psychiatry experiments, and the shocking outcomes on society because of it.

Psyhchiatry Enters into the Military

Up until world war one psychiatrists were looked upon as ‘Not to be Trusted’, due to no scientific evidence to back up their methods.  Their methods were often labelled as – torture!  At this time most psychiatrists worked in asylums/mental Institutions, where they dealt with the committed insane.

They often used barbaric treatments to quieten these people, rather than actually curing them.  By the time world war one broke out psychiatry began to slowly edge its way into the military.  By the time World War Two commenced, psychiatry started to gain more acceptance within the military.

On June 18, 1940, Brig. Gen. J. R. Rees, a psychiatrist, stood before the Annual Meeting of the National Council for Mental Hygiene to outline psychiatry’s ambitions for the future: His main statement being…

“We must aim to make it [psychiatry] permeate every educational activity,

In our  National life… Public life, Politics and Industry,

Should all of them be within our sphere of influence.”

But to succeed in their objectives psychiatrists needed the perfect proving ground.

Brig. Gen. J. R. Rees was quick to nominate the the Army and the other fighting services, as he sore them as rather unique experimental groups. All with their own complete communities, as well as being a good overall group to arrange experiments in a way, that would be very difficult in civilian life.

This idea was not only  bold…
It was shrewd and came under the guise of ‘Helping’!

These experiments were sold to the military as therapeutic therapy, and by 1943 psychiatry was very deep within the U.S military.

These soldiers were given harsh electro-shock treatment, forced into deep comas’ with hypnotic suggestions channeled into them, and injected with various mind altering drugs.  Most of these soldiers were so terrified of this treatment, that they eagerly rushed back to the front lines.

In 1945 the chief military psychiatrist, Brig. Gen. William Menninger created a manual that listed all of the mental problems he assumed soldiers could have.

NONE of his conclusions had any scientific evidence…

Nothing observable under a microscope

Findings based on Opinion only!

The psychiatric community in the military didn’t seem to mind as the Menninger manual was quickly viewed as legitimate, and it gave them what they needed to diagnose, and treat larger numbers of military personal.
This manual got so widely used that it became the psychiatry bible, with many more assumed mental disorders being added over the years.
Today, this manual is called ‘The Diagnostic and Statistical Manual of Mental Disorders’ – (DSM), and has hundreds of assumed mental disorders in it, with more being added regularly.  Resulting in…

During WW2 soldiers were given various drugs that kept them awake, increased aggressiveness, and induced a no fear morale with a high attention focus on the job at hand. How ever, this started to back fire some 18 months later as soldiers on these various drugs began to act brutally, shooting at anything & everything, including their own, civilians and their own country men. Many accidents in vehicles, torpedoes and air crafts also began to happen.

The Drugging of the Miliatry

How ever, by 1980 psychiatrists began to class these natural reactions in soldiers as a brain dysfunction, and voted it in as Post Traumatic Stress Disorder (PTSD) and added it to, The Diagnostic and Statistical Manual of Mental Disorders.

This disorder diagnosis that is based on opinion only, has been expanded as time has gone on and has over 175 symptom combinations, resulting in approximately 87% of veterans being diagnosed with PTSD.  Once diagnosed/labelled as having PTSD, most of them are put on dangerous psychiatric drugs.  It is worth noting, that various drugs used for PTSD are reported as causing many – Sudden Cardiac Arrest Deaths.

Again – Another Disorder with NO Scientific Proof!

This disorder diagnosis that is based on opinion only, has been expanded as time has gone on and has also made its way into civilian society.

Psychiatrists continue to quickly diagnose various disorders without scientific evidence, and offer these dangerous drugs that mask the problem.
Very few check for possible physical effects such as, Traumatic Brain Injury (TBI) that may also be adding to the otherwise natural reactions, that both the veterans and civilians experience.  The reflection of this being…

The full version of the documentary this article is based on is long – but well worth watching.

The Military suicide rate has increased by over 100 – 150% in the last decade, while orders for psychiatric drugs has soared by at least 76% in the same time span. The military suicides cannot be put down to the horrors of war, as approximately 85% of these military suicide victims did not see combat or enter into combat zones.

As seen in the information above, many of the army personal are ordered to attend psychiatric assessments and given the dangerous psychiatric drugs without informed consent.

Drugs that are Called Medicine
BUT
Deliver Death & Destruction

Psychiatrists don’t usually tell you that there are many safe and effective, non-psychiatric options for mental and emotional turmoil.  While life will always present problems, and sometimes overwhelming  problems, it is important to know that psychiatry, with its unscientific diagnoses and harmful treatments, isn’t the best way to go.

The treatments most commonly offered are psychiatric drugs , that chemically mask the problems, rather than cure the underlying problem, and often end up making things worse.

Many doctors will say the benefits of these drugs will outweigh the dangerous effects – This is not true, as we have seen in the above writings.

We Are Not Your Soldiers

The Rights of Military Personnel Regarding Mental Health Treatment

We are Not your Soldiers 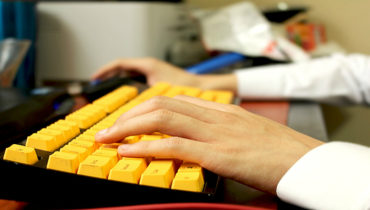 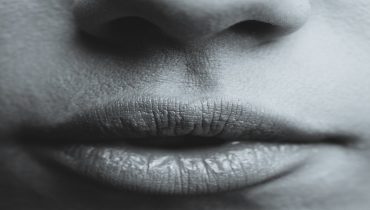